What is the Cloud?

If your response to “What is the Cloud?” is a mass of water vapor floating in the atmosphere. You would be correct.

However, what I want to talk about is “what is the (technology) cloud?” This blog is intended to take a very rudimentary look at the computing and technology cloud.

According to Microsoft, the cloud is a term used to describe a global network of servers, each with a unique function. The cloud is not a physical entity, but a vast network of remote servers around the globe, which are hooked together and meant to operate as a single ecosystem.

A quick review of the evolution of business computing and networks may be helpful at this point.

In an article entitled “The Evolution of Business Computing: Two Trends Every Company Should Embrace” Hassan Bawab said “

In 1951, a group of British computer engineers had created the first computer specifically for businesses. “LEO” stood for “Lyons Electronic Office”

I am not old enough to remember LEO. I do, however, remember the computer room at one of my first jobs in Johannesburg, South Africa in the mid 1980s. It was about 900 square feet and 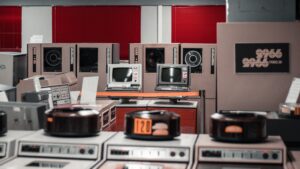 brightly lit. Because there was so much machinery in the room, it was always so cold. The room contained the firm’s huge mainframe computer system. Cold air was circulated below the machinery through a false floor. As far as I remember, this mainframe managed the firm’s accounting and word processing functions.

Approximately seven years later, I was transferred to a new office in Durban, South Africa. I was on the project team that set up the new network for the office. The servers were much smaller. The entire setup fit in one small interior office that could not have been more than 70 square feet. The office computers connected to the network at a speed of 10 Megabits per second (Mbps).

Over the next 20 years, network computers changed in many ways. The computer random access memory (a volatile memory known as RAM) and Read-Only Memory (a non-volatile memory known as ROM) grew, and computing speeds became faster. From 1987 to 2006, the “clock speed” of computer process chips increased from 40 megahertz (MHz) by almost 100 times to 3.6 gigahertz (GHz). In addition, computer connection speeds to the network grew from 10 Mbps to 1,000 Mbps or 1 Gigabit per second (Gbps).

The next major change in how companies networked their computers was the introduction of the internet. I remember in the mid to late 1990’s having a rather large computer in a makeshift office at home. It connected to the internet via a modem using the telephone line. And yes, it made that familiar sound, a combination of static and beeps while connecting.

The early connection speeds really did not allow businesses to transmit large amounts of data. In fact, the speeds in the early 1990’s were 14.4 Kbps by 1996 that speed had more than tripled to 56 Kbps. Compare that to what is now the business standard 1 Gbps more than 100 times faster than the early 1990’s

As the speeds increased, the networks changed. Companies no longer had to have servers in each office location. All offices could access the same data regardless of their location.

Firms could now set up their network and data stores anywhere, allowing people to access the systems from anyplace. The only limitation was an individual’s internet bandwidth and the firm’s software licensing.

In March 2020, COVID-19 came along. Almost overnight, firms sent everyone home to work remotely. People were scrambling to increase their home bandwidth to accommodate themselves, a spouse, and children needing access to technology. Likewise, firms were rushing to make sure they had the terminal server bandwidth or sufficient VPN licenses for everyone to connect.

For many, the first three months of the pandemic were difficult and fraught with technology issues. I am convinced that this is one of the reasons so many said I want to connect to a web application. Because, through it all, connecting to a favorite website was a constant.

However, for those firms that had already moved their systems to a cloud provider, their work from home was seamless

Bring on the Cloud(s)

Cloud computing has been around for some time. eBay was started in 1995; Netflix was founded in 1997; Amazon Music was established in 2007. In the last decade, cloud computer services have become more mainstream and are now the ‘Buzz.’ This market has grown, and as more companies have entered this market, the available bandwidth has grown, which has caused the prices to reduce. This has allowed more mid-size and smaller firms to access the cloud. 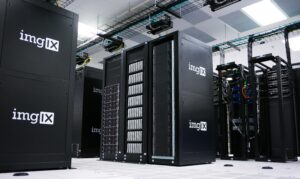 In some industries, the whole concept of work has changed. More people are working remotely. In fact, to stay competitive, firms must provide remote working options to prospective hires. A fast, reliable internet connection is all you need.

More companies are also moving their entire networks to cloud based solutions.

So, what has changed? Firm’s systems are still much the same. For front end users, they still connect to the same software as they did previously. They use the same Microsoft desktop products; they have not moved to web-based applications. The only thing that may have changed is the way users access their system.

It is on the back end where the major changes have occurred. The systems that ran on “on-premises” servers now run-on servers in a secure cloud environment. Security, connection, and backup protocols have all changed.

As technology progressed, so did the way we use technology. Regardless of your age, I am sure you have seen a change in technology in your lifetime. I no longer subscribe to a cable television network; everything is streamed. So, I too am constantly in the “cloud.”

From a business computing standpoint, which is what this blog discusses, there are many pros and cons of cloud computing, and I will discuss those in my next blog. I will also discuss some myths surrounding cloud computing. Suffice it to say that, in my opinion, all firms should consider moving their entire networks to an offsite cloud provider.

Rob McKay, CLM serves as Product Manager at Coyote Analytics, where he focuses on helping the company’s developers design new and innovative additions to our software applications.  Rob previously spent more than 25 years managing law firms in Florida and Texas. He can be reached at rob.mckay@coyoteanalytics.com.

Coyote Analytics offers a complete financial software system (time, billing, accounting) as well as a full practice management solution (calendar, docketing, forms, contacts) to assist firms in managing the business of law. Coyote Analytics’ program was built through a collaborative effort with clients. It offers a simple, easy-to-navigate interface, a robust feature set, and great customer service, all at a reasonable price point.